In view of the existence of a hard roof in the overburden of No.42 coal seam in Burtai coal mine of Shendong mining area, the strong mine pressure behavior induced by large-scale over-hang of the roof in the gob and the non-collapse of the roof in the mining production limits the current situation of mine safety production, through theoretical analysis and field industrial test, the simplified mechanical model of hard roof overburden structure was analyzed, and the stress characteristics of suspended hard roof and its influence on mine pressure were analyzed. Further, the directional hydraulic fracturing measures were put forward to weaken the hard roof strata and control its collapse, revealing thta the mechanism of hydraulic fracturing weakening the hard roof and reducing the mine pressure behavior during the mining period; combined with the field engineering conditions of 42202 working face, the hard roof strata position was determined, the hydraulic fracturing scheme and parameters were optimized, the expansion of hydraulic fracture, the change of water pressure and water injection were monitored, and the roof control effect of hydraulic fracturing technology on the hard roof strata was analyzed. The comprehensive research results show that: after the hydraulic fracturing measures are applied to the overburden siltstone strata of 42202 working face, the roof strata are effectively weakened, the weighting strength of the working face in the area affected by fracturing pressure relief is reduced as a whole, especially the peak pressure of weighting is decreased by 10%, the weighting step distance is decreased by 4%, the average resistance of the support before weighting pressure is decreased by 2.6%, the average resistance of the support during weighting is decreased by 6.8%, and the dynamic load coefficient is decreased by 4%. At the same time, the deformation of the two sides and the top and bottom of the auxiliary transportation roadway are reduced by 100 mm and 30 mm respectively; the stress of the shallow and deep surrounding rock of the auxiliary transportation roadway is reduced by 2.5 MPa and 1 MPa respectively, and the stress of the anchor bolt and anchor cable is reduced by 29 kN and 22 kN respectively, which reflects that the directional hydraulic fracturing for the construction of the hard roof can effectively reduce the mine pressure behavior of the working face and avoid the formation of strong impact. It can meet the requirements of safety production. 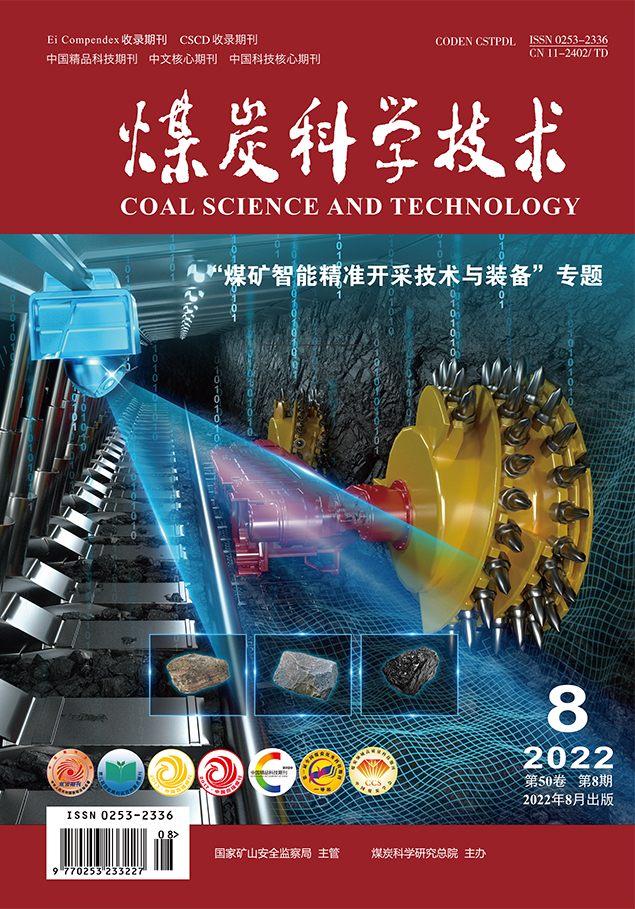